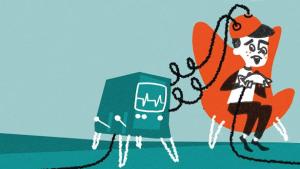 After spending months designing a game, it’s time to test it.

Although QA is a dedicated role in itself, pretty much all departments will be pitching in with bugs, and the designer is in the best position to see when things aren’t working as they should.

While I’m primarily checking game balance, I’ll also be keeping an eye out for various other bugs and guiding the QA team on whether a bug is as designed or not.

The final weeks before launch are primarily spent tweaking values in the spreadsheet in order to re-balance the game before re-testing it and making further changes as necessary.

At Soshi Games we’re really close to launching Music Festivals into a closed beta (and by really close I mean next week!) so the next step in the QA/design process will be gathering player feedback from playtesting, before tweaking the game further based on this information.

Plenty has been said about using metrics in game design, but I’m still undecided. It would be foolish of me to choose one side or the other seeing as Music Festivals will be my first game released as a designer. Obviously I think all the decisions I’ve made are the best ones and hopefully the feedback will confirm this, but if not I’ll be happy to make a few alterations if I feel they will improve the overall design.

Of course, if you’d like to do a bit of playtesting yourself, your best option would be to click this link and sign up to the closed beta!